CentraleSupélec’s Summer Camp received the special prize of the jury of the Ingénieuses 2022 competition organized by the CDEFI – Conference of Directors of French Engineering Schools! Ingénieuses: promoting gender diversity in the engineering profession Created in 2011 by the CDEFI, the Ingénieuses operation aims to fight against gender stereotypes, to promote gender equality at […]

The CentraleSupélec delegation returns from the COP26

Erwan, Alexandre, Leo, Adam, Andrea, Emma and Mariana are back after two weeks spent on the front lines of the COP26 held in Glasgow. This delegation, composed of students and researchers, allowed CentraleSupélec to have observer status at this major event. Throughout COP26, the delegation regularly shared its experience and feelings on the “COP CentraleSupélec” […]

A look back at CentralSupélec 2022 Summer Camp 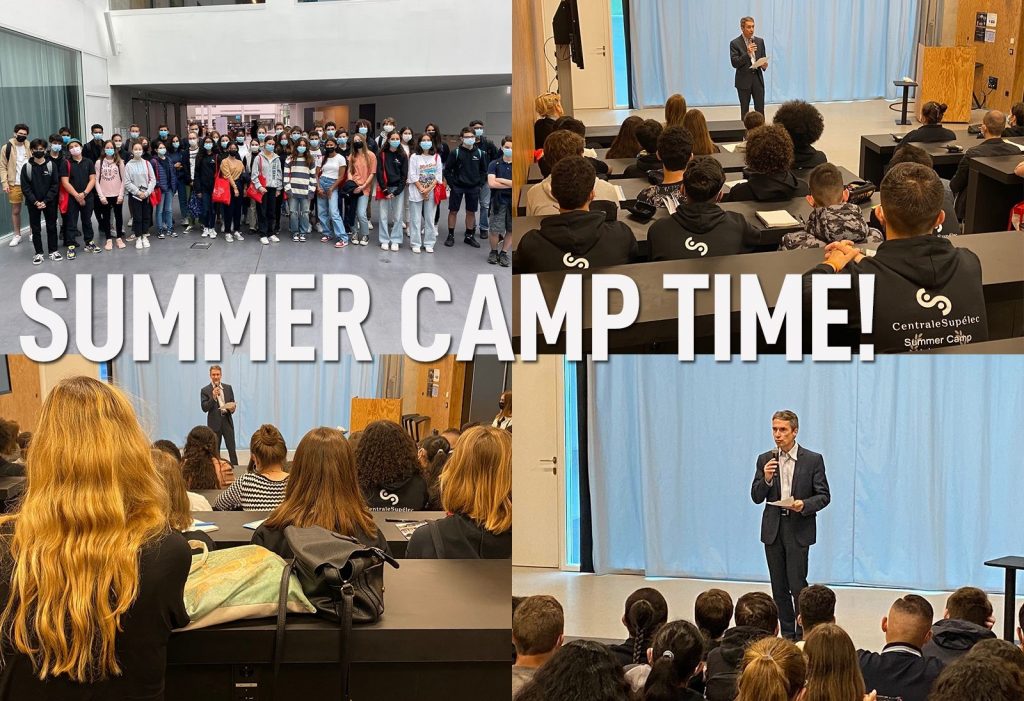 Promoting science and encouraging diversity in the profiles recruited are two of the missions CentraleSupélec has set itself. How do we do it? By making it easier for girls and scholarship students to enroll in pre-preparatory courses and scientific studies in general. From Sunday, July 4 to Saturday, July 10, 2021, CentraleSupélec organized for the […]